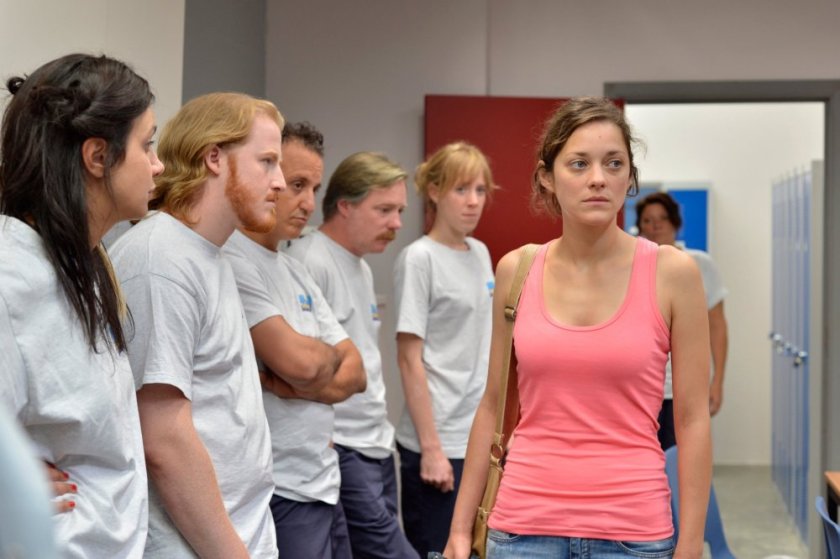 The emotionally tense and stirring social drama, ‘Two Days, One NIght’, was released in 2014, and stars the fabulous Marion Cotillard.

Cotillard puts in a remarkable performance as Sandra Bya, a working mother fighting to save her minimum wage job. Indeed the writers-cum-directors Jean-Pierre and Luc Dardenne created the character especially for Ms Cotillard.

Sandra has just returned to her job in a small factory after taking sick leave following a nervous breakdown. In her absence, management found her job could be covered by the other workers and, in a cruel and perverse gesture, have left her 16 colleagues to decide her fate. Sandra can get her job back OR they can work longer hours and each receive a €1,000 bonus. Sandra discovers the scheme just two days before the vote, hence the title. This is how long she has to persuade her workmates to forgo the much needed bonus and vote for her. There is humour and heartbreak, emotional highs and lows, with the tight timeframe and constant threat of relapse into breakdown, generating a low-key suspense. Set in Belgium, it is filmed in French with English subtitles.

Our tip is to have a box of tissues at the ready. Just saying!